After World War I, the French union teachers had a complex relationship with the New Education movement; this can be read in particular in their corporate media. Some actors were involved simultaneously in both networks, like Freinet. Beyond the emblematic figure of this great teacher who developed a specific movement around his own techniques, one can observe various forms of expression of the New Education’s themes within the unionism. Ideas and practices did spread in areas of debates such as periodicals. Comparing major union journals from the 1920s to the early 1930s – L’École émancipée (revolutionary) and Revue de l’Enseignement primaire which leaves room to L’École libératrice in 1929 (reformist) – the article analyzes the positioning of both union currents towards Freinet and the New Education in general (including the Pour l’Ere Nouvelle journal). 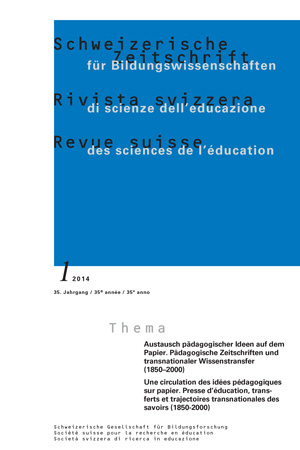