This paper aims to examine, based upon parent- and kindergarten-teacher survey, whether the adjustment of children to kindergarten succeeds after 12 weeks in kindergarten. As the results indicate, parents point out to a variety of challenges during the transition to kindergarten, children’s emotional-affective orientation towards the institution is described mostly in a positive way by the parents. In the context of kindergarten, half of the children often show social competent and adaptive behavior 12 weeks after kindergarten has started (e.g. social behavior, following the rules), but 4-11% of the children display (depending on the domain) rather severe adjustment problems. For one-seventh of the children (15%) behavior-problems (SDQ) have been showed; parent’s answers about the moment those problems first appeared indicate differential processes of development and adaptation. Results are discussed in the light of children’s lower age at entry in kindergarten (since HarmoS). 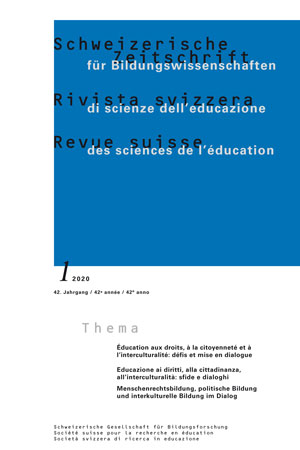