Since ancient times, the master-at-arms profession has always been considered essential for the education of the nobility and the common citizenship, especially in the Middle Ages. Yet, we know nothing about the real standard of living of these characters. The recent discovery of documents, which report the sums earned by fencing masters to teach combat disciplines, has brought us the possibility to estimate how highly this profession was regarded, and what its actual economic value was in the Italian late Middle Ages. They also give us also a material view into the modes of operation of a sala d’arme in those times. Using different comparative methods based on the quoted currencies, primary goods and the cost of living, it was possible to analyze prices and duration of various military teachings offered by the fencing Masters in the late Middle Ages and equivalent viable activities of the time. We use three ways to calculate equivalent income levels in euros: from the silver content of the coins (bolognini, equivalent to the soldo); from purchasing power in relation to bread prices; and from equivalent wages. As a result we were able to define more accurately both the accessibility of these services for citizens and the relative value to other professions. This cursory research study also aims to estimate approximately the current equivalent wages of a fencing master operating in the Italian peninsula in the 15th and early 16th century, confirming that this job was comparable to a modern, highly specialized, profession. 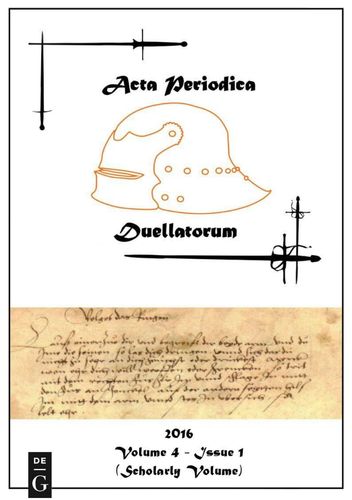