This article offers a partial overview on fencing, as recognized through archive records, as well as French epics and romances from the twelfth to the early fourteenth century. In the twelfth century, fencing was only attested through knightly vocabulary as a way to describe actions performed during single combats involving a combination of shield and another weapon, most commonly a sword. Fencing was progressively dissociated from the knightly arts and there were even few mentions of its use by common people. There are archive records from the thirteenth century of individuals bearing the nickname “fencer”, although there is rarely enough context to be certain that they were really practicing the art. At the end of the thirteenth century, archives and narrative fiction show an established fashion for a certain form of fencing with a short round shield, the buckler. This is clearly established in London where surviving manuscripts include many regulations on fencing, however the fashion was also spread in the continent, even though it seems to be less documented. 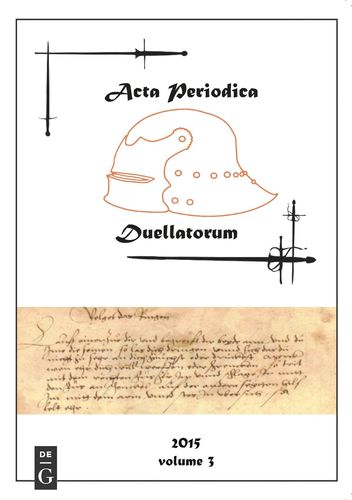