Liegnitzer, Hundsfeld or Lew? The question of authorship of popular Medieval fighting teachings

In numerous 15th and 16th century Fightbooks several sets of teachings appear alongside the glosses of Liechtenauer’s Epitome on armoured fighting and fighting on horseback (Harnischfechten and Rossfechten) often enough to be considered auctoritas on these subjects. However, their authorship from various witnesses are attributed to different authorial figures - Andreas Liegnitzer, Martin Hundsfeld, Jud Lew. From 1452 until 1570, a number of diverse teachings are ascribed to them or faithfully reproduced without attribution: the most widely copied include the entitled Shortened sword for armoured hand and Shortened sword from the four guards, sword and buckler, dagger, wrestling and fighting on horseback. By a comparative analysis of existing witnesses, and by establishing the filiation tree of the related sources, we attempt to determine their original authorship. The analysis also yields additional conclusions regarding the influence of these authorial figures on other texts, proposes the filiation tree of the examined witnesses and presents the attempted study as a model for further research. 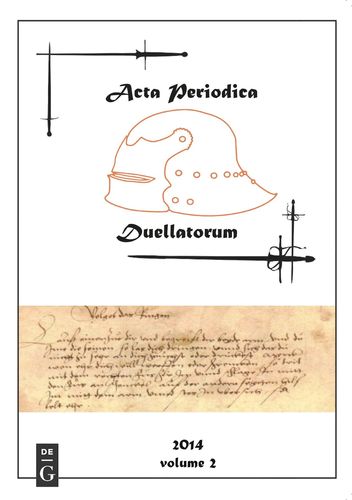