This tickles beyond all measure

Erhardus Henning’s work on Hieb-Fechten is one of only a few 17th century German fencing treatises describing cut-based fencing. An expanded version of this text, containing a larger collection of lessons, can be found in British Library Add MS 17533 fol. 127v to 138v, titled only Daß Hieb Fechten. Based on the great similarities between these two texts, it is clear that they share a common ancestor. In this contribution, the two versions of the Hieb-Fechten text are compared, and the main differences between the two versions are discussed. Based on the given comparison, and the more polished impression given by Henning’s published work, it is hypothesised this work presents a later version of the text than given in Add MS 17533. Whether Erhardus Henning was the original author of the text, or only edited and published an older text he did not author himself cannot be determined, though there is no reason to suspect he was not the original author. Finally, full transcriptions and English translations of both works are provided, and the differences between the two texts are indicated in the translation. 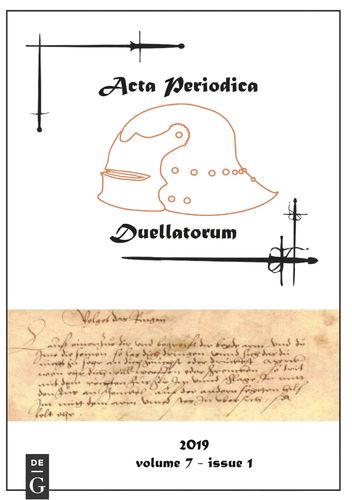